The CAN Daughterboard is an open-hardware CAN/SPI/I2C/Serial board designed by the Trustworthy Systems group, that can be mounted below the power supply module of the TK1-SOM. It provides two CAN buses implemented with MCP2515 (on the TK1-SOM’s SPI bus) and voltage conversion for the two serial ports. 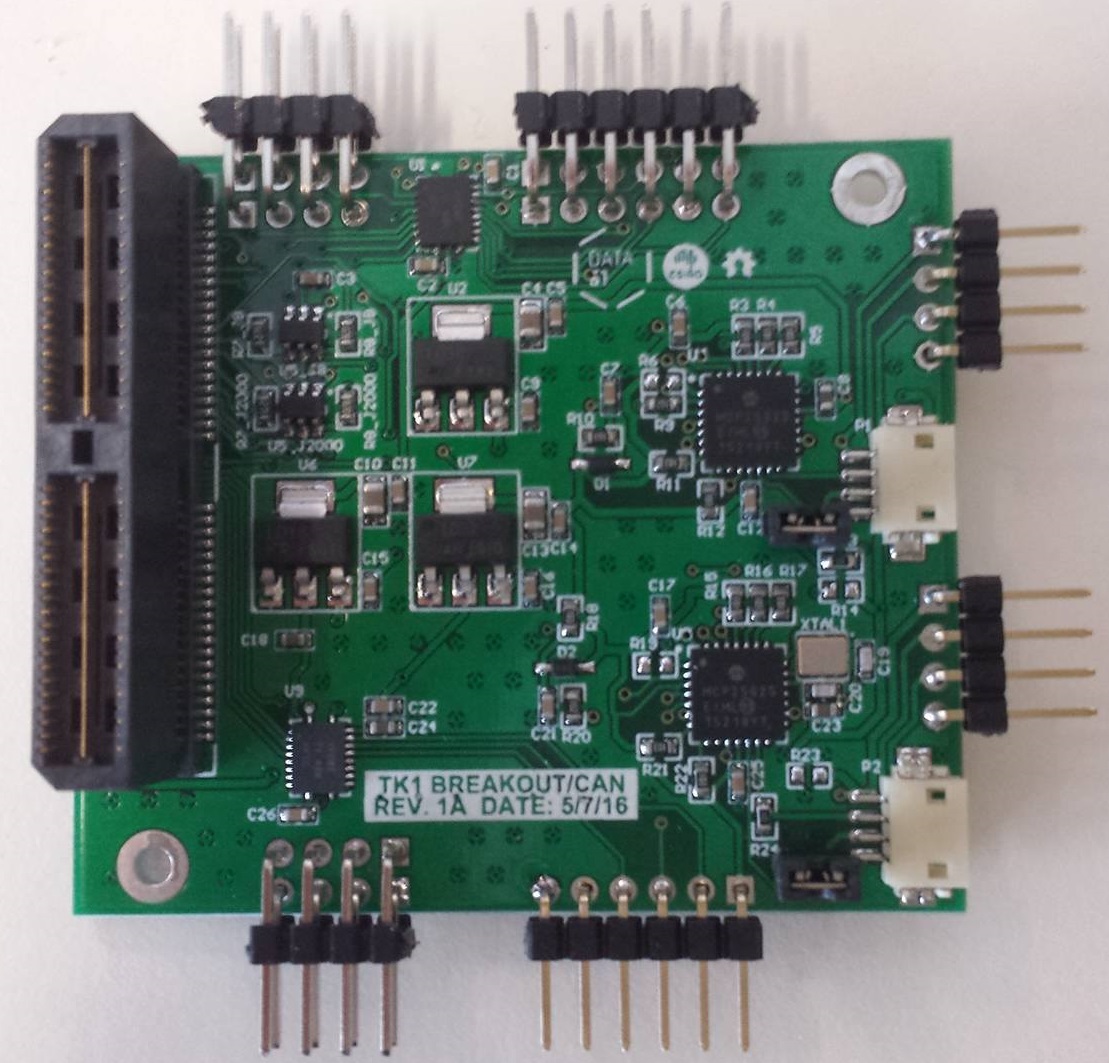 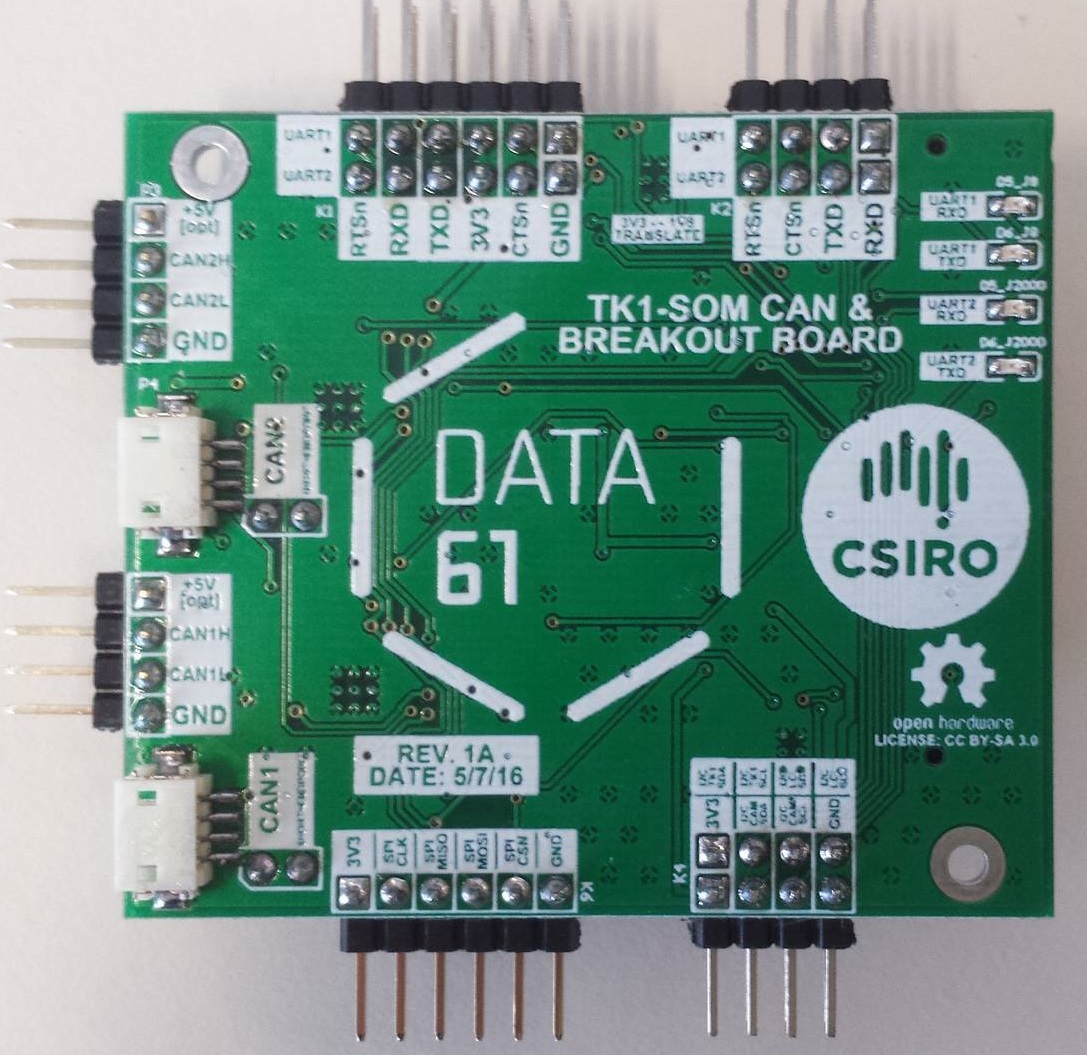 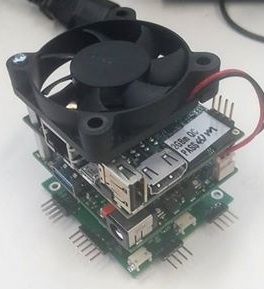 The board attaches to the bottom of a TK1-SOM via the expansion connector. No further work should be needed to enumerate the device given a kernel supporting GPIO chipselects.

Note the unpopulated standoff holes on the rightmost image above — it is possible to fit a standoff of the same type already installed in the TK1-SOM to stabilize the ‘tower’ making it easier to work with.

The part numbers of the standoffs between the CAN daughterboard and TK1 is the same as is already used between the CPU & GPU board. Order codes:

Using Linux with this daughterboard for CAN

(hello world & testing) See Using CAN on L4T through an MCP251X

The font on the silkscreen indicating pins is difficult to see once the tower is assembled (wasn’t enough space on the top) - See this picture (view taken from bottom): 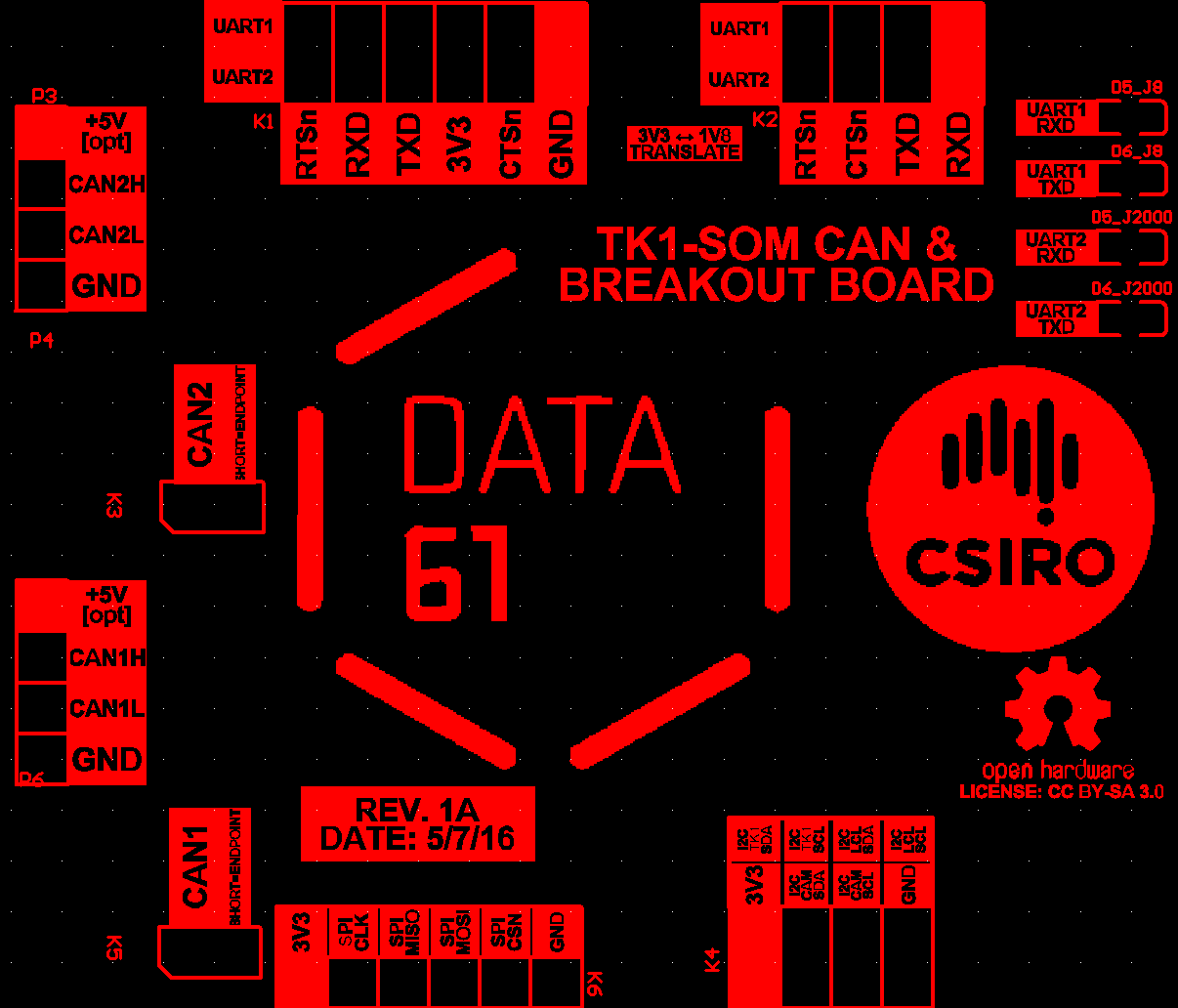 If you need the faster baud rates (or don’t want to change the default settings), use a 1V8 USB-TTL cable and plug it straight into the TK1 as usual. This will be fixed in a future revision.

Useful for writing drivers - this is a list of which pins on the board correspond to which SOC pins:

All UART signals out of the TK1 are at 1V8, but are translated to 3V3 by the board. Note that UART signals will only be present on the board outputs if the uart is actually jumpered to the converter!

Note that GPIOs aren’t actually brought out by the board but they are used by the CAN controller (diagram below).

Components R6, R14, R19, R23 should NOT be mounted. R6 and R19 are pull-up resistors that were found to cause signal integrity issues, the other 2 resistors when mounted will supply 5v to the CAN lines and are optional.